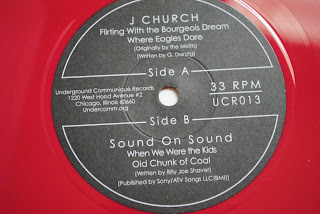 Another update on When We Were the Kids.

Given my state of being between full-time jobs, I have a lot of free time, but I haven't spent hours a day working on another draft. Am I wasting away by not taking advantage of this? I don't think so. I've lived with this book for almost five years and I want to take a little time away from it before I release it.

I'm awaiting some feedback from a friend on his take with the book. I'm hoping his take will help me shape the final draft. Then it will go to my editor and the publishing train will start rolling soon after. Unlike what they say about one's second book ("You have all the time in the world to do your first, but you have very limited time to do your second"), I've had all the time I've wanted with working on this. And I'm grateful.

Once again, that William Goldsmith line came into my head: "The truth takes time to tell."

Of course, this is a fictional book, but I don't want it to read like it's fictional. A nice comment I received last year from an early draft was that it was like a documentary. Seeing as how rock band documentaries played a major role in the writing, I think this is fitting comparison.

I'm happy to report the cover photo has been taken. I took the photo myself using a Nikon 3000 camera, in a spot less than five feet away from where I wrote the book. Since I have all the instruments to play in a rock band in my room, it was a no-brainer. I hope it captures what it's like to play music in a bedroom or a basement, away from a fancy recording studio.

I'm penciling in a spring release timeframe for the book. You'll hear much more about it when it's finally ready.