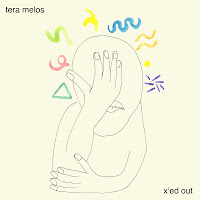 Tera Melos might be based in Sacramento, but their drummer lives in North Texas. Since the band is coming to Club Dada this Friday, I wanted to ask John Clardy about his early experiences in the area and how he wound up in this buzzed-about act. I figured I'd get some good stories and an explanation on he makes it work living in another state from his band members.

How long have you lived in the area?
I was born and raised in the Dallas/Fort Worth area. I grew up in Colleyville, but not the real swanky part. There’s one section that’s on the edge of Bedford. It was country land, then all those fancy mansions got built up just north of that area. I grew up in the Mid Cities and started going to shows in Deep Ellum when I turned 15. When I turned 16, I didn’t have to bug my dad to drive me to Deep Ellum Live.

Any shows in particular that stick out from this particular time?
I got to see Hagfish at Trees when I was 15. I was underage for Trees’ standards, but my mom convinced the doorman, “Oh, he’s 17. He forgot his ID. I’m his mother. It’s totally fine.” That was a really, really cool one. Tony Barsotti is my favorite drummer from the Dallas area. He’s been one of my favorites for a long time now. Let’s see . . . I got to see Weezer right before The Green Album came out at Deep Ellum. That was pretty insane.

I remember that time so distinctly because Casey Di Iorio of Valve mentioned getting Weezer tickets when I saw Valve play the Aardvark. The kind of excitement for that show, you would not see it now because of all the records Weezer has put out since then.
[laughs] Exactly! That was the time when Pinkerton had been out for a few years and they weren’t doing shit, so it was this long-lost hope to see Weezer again. Yeah, they did not sully their good name. They put two perfect records at that point. That was a cool time. I definitely have fond memories of that time. I used to go see bands at LazerTracks in Arlington.

Would you see bands like My Spacecoaster?
You know, I never really got into the Club 412 scene. Some of my friends were and I never had anything against it; I didn’t end up getting a ride out to any show, so I only heard about those shows. It was more LazerTracks, Deep Ellum, and once I got a little older, Trees and Galaxy Club.

So, how in the world did you jump from living in this area to playing in a band that based out of Sacramento?
It’s kind of a funny story. Prior to Tera Melos, I was in Fishboy for about three years. The label that Fishboy is on is based in Athens, Georgia. Back in ’06/’07, the guy that runs the label put on Athens Pop Fest. He’d get the bands on his roster to play, and that was a staple through those years. We’d go out to Athens in August, usually. We were out there in 2006 and they were having an unofficial “noise night.” Deerhoof was the headliner, so I had to catch that show. One of the opening bands called Bit Brigade who take an old NES game, like Mega Man or Castlevania, and they would have this guy play the game on the NES, it was projected onto a screen, and the band would play the soundtrack to it in real time. I saw that and was like, “Holy shit! So rad!” I talked with one of the guys in the band. It was about a year later, Fishboy was playing Athens again at a venue that Brian from Bit Brigade owns. He saw me play and he came up to me. We became buddies while we were in town. He mentioned he was really into this band. Tera Melos. My brother had seen them in Denton a few years ago, but I hadn’t listened to them. Fast forward to summer of 2008, I was on tour with another band and we were playing Athens. I called Brian to invite to the show. He couldn’t come, but he told me Tera Melos was looking for a new drummer and I should try out. I looked at their MySpace page and I read what they were looking for in a drummer. I basically fit everything except for living on the West Coast part. I sent them an e-mail that I was interested. They called me two days later. They came to meet me at the San Francisco show on the tour I was on. When that was over, I flew up to Sacramento about two weeks after that. Tried out and got it, and here we are today.

Do you hope to stay in the area or relocate to Sacramento?
It’s a tricky thing. I think me relocating makes sense as far as the band. We’ve been able to make things work for the past few years. Whenever it’s time to record, tour, or write, I’ll fly out to Sacramento and stay on friends’ couches. Up ’til now, it’s not been that big of a deal. At some point I think I do need to get out there. I really enjoy the Dallas/Fort Worth area. I have a lot of close friends. A lot of great bands come through. I’m a big ice hockey fan, so I like going to Stars games every now and then.