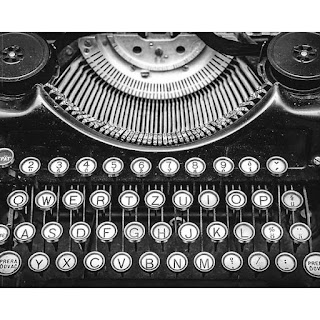 Last year, I was a part of a speaking panel focused on what it’s like to be a freelance journalist. Hosted by a local college's journalism society, it was fun to talk openly and face to face with undergrads wanting some advice and insight in the field.

A question was asked that struck me as odd at the time. With her young son in tow, squirming in his seat because he couldn’t sit still for too long, the student asked the panel on how to deal with a criticism of freelancing she had encountered.

Someone told her she wasn’t a real journalist because she was not on the full-time payroll of the publication she wrote for. Freelancing was the best way for her, between being a full-time student, wife, and mother. I said she should not believe what this person said, as many professional journalists these days are freelancers. Writers make what they want to make out of the profession, whether or not they receive a regular paycheck with a portion taken out for a 401(k) and health insurance.

I, along with the other panelists, stressed that the professional journalism field does not have a lot of full-time openings, and freelancing is the way most publications handle their content these days. The cost is less for the publication, which helps them stay in business. Freelancing gives the writer way more options and control over what he or she wants to put out there. It’s actually a great time these days, but if your idea of success is having a 401(k) and health insurance, you need to see a bigger picture.

Would I like to have a retirement plan and health insurance, in addition to a livable wage, from writing about music? Sure, but I have yet to be fortunate to do that in my career. I’m not sitting around waiting for that to happen. I spend 40 hours a week writing copy in the traffic reporting world, but I also spend at least a handful of hours each week devoted to writing articles and working on a book. If I can’t spend 40 hours devoted to writing about music, I sure make the most of the hours I do have. I’m grateful to spend time interviewing people I admire, write about them, and get paid something in return. Freelance checks do come in handy, especially on top of a salary.

I do what I do, and recently, what I do was called into question. I present the following as a way to show the value of freelancing and how not to sway someone with something you think is newsworthy.

Last week, I encountered someone criticizing me as a journalist because I don’t do it all the time. Easy to pass off as an anonymous troll looking to get a rise out of me, but in this case, it had been from someone I had worked extensively with on a story that ran last year. We had a friendly relationship, even though working on this story meant regular phone calls and messages from him asking about how the article was going and him telling me some of things I should put in the article. I thought it was a little annoying, but I stayed on course and wrote the article I wanted to write. He really appreciated what ran online, but I found his relentlessness to be rather out of character from the kind of publicists, bands, and promoters I work with (or hear from) on a regular basis.

After hearing nothing from him for months -- hey, we’re all busy people -- he recently hit me up about a new creative endeavor he has in development. I took what he had into consideration, but I thought there was not a strong pull for me to write about it. I’ve been told it’s obvious when I’m not totally into the person, band, or show that I’m writing about, so I opt to write about the stuff that moves me and that people might enjoy reading.

He had emailed me, messaged me, and called me multiple times, trying to get a response. When I had the time to give him a clear answer, I told him I was politely passing on writing about his project. He did not take my no -- however polite it was -- as an answer. He wanted to know why, opting to push back with reasons why I should reconsider. I told him to back off and that I do not work well with pushy people. He apologized, but I had enough of his antics. I saw him as a force that wants to use the media to make him look good in the spotlight.

In hopes he would leave me alone, I blocked him on all of my social media, blocked his email address, and tried to block his number on my phone.

When he called me a few days later from a different number I did not recognize, I was furious that he went down this route. I had previously given him an answer about why I didn’t want to write this proposed article. I did not accept his apology, as I could not forgive his actions. I was cold and aloof to him. That made him even angrier. Now he wanted an apology from me.

Since I had a relatively good working relationship with this guy, I thought writing him a lengthy email explaining my stances and views would be helpful to him. I also thought it would help him realize things about himself that people had not told him, or were afraid to tell him. He responded kindly and appreciated my email, but then went back to plugging this project.

The following day, he thought it was best to text me about the importance of working with him based on something he posted on Facebook. Telling me I “don’t know shit about passion,” I told him to stop texting me, as it had come to a harassment level. Replying “God loves you Eric” and "if you were a real 'journalist,' you would be doing it full time," I told him again to stop harassing me.

The communication came to an end. Any sort of future professional relationship ended, too.

In the times we live in, the media is seen as untrustworthy when they report about things that don’t seem right, are extremely unfair, or are outright false. It’s the media’s job to hold accountable people in check. In my case, if I don’t think it’s worth the time to write a story about it, then why should I pretend that readers want to see this online or in print?

I found it funny this guy was all about talking favorably to me on a story I wanted to write, but turned heel when I didn’t want to write about something else he was involved with. I was fooled once by him, but not again.

Being a freelancer gave me the chance to say no. I’m fortunate to be in a position where I can say what I want to write about, even if it might mean less money in my bank account for a week. People who want to doubt a freelancer’s legitimacy can do that all they want, but I think the quality of the actual writing and reporting means everything.

Ted said…
Hard to believe that after being so pushy with you over and over, you'd suddenly relent and say "Oh okay, I'll work on your project. You seem like a joy to work with."