December 14, 2018
This year, I made an effort to be more open about listening to a bigger variety of music. I’m always up for listening to new music, but for quite a while, it was more passive than active. As in, I would listen to what friends would recommend more than actively tracking down stuff on my own.

In 2018, I listened to a lot more modern music on the radio than I have in many years, as well as frequently checking Spotify’s Discover Weekly playlist. So, I believe this list is a bit more diverse than previous years.

But before I get to that, I have something special to share. In hopes this doesn’t sound like a lame piece of self-promotion, my band Caved Mountains released our debut collection of songs, A Slow Decline, in January. I’ve played in bands since 1996, but it was not until this year that something I played on was released worldwide.

I’m immensely proud of the work we put into this, and it was nice to have local bloggers write about us and have radio stations like KXT and KTCU play our music. We spent all year working on new material and hope to record the best of the bunch in 2019.

You can hear A Slow Decline on Bandcamp, Apple Music, and Spotify.

Now, for my list of albums I enjoyed the most this year, with direct Spotify links. You can also enjoy a mix of my favorite songs from this year, too. 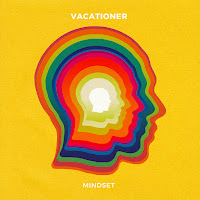 Vacationer, Mindset (Spotify)
For some reason, I listened to this album for the first time at a really early hour of the morning. Normally I do not try to dig into new music at 5 am, but something compelled me to check out an advance copy of Vacationer’s third album a few months before its release. It came from a trusted publicist I have worked with over the years, so I was not so afraid to dig in. What I heard was something from another planet, where sounds reminiscent of Tame Impala’s recent work and listenable Flaming Lips songs made me feel warm and fuzzy. And to boot, it’s from the guy who fronted the emo-punk band, the Starting Line. 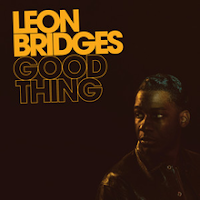 Leon Bridges, Good Thing (Spotify)
Leon Bridges took a lot of sonic risks here, but when the songs are great, I am not one to cast stones. Rather than sounding like a throwback akin to his first album, this is more about the modern day, but not trying to sound like modern day pop or R&B. The opening track, “Bet It Ain’t Worth the Hand,” sounds like something out of a musical that I would love to see. Leon has a special kind of voice, and I hope he has a long and illustrious career. 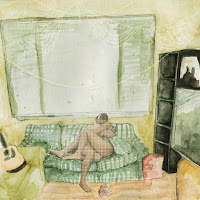 awakebutstillinbed, what people call low self​-​esteem is really just seeing yourself the way that other people see you (Spotify)
I have an emo/hardcore/punk-tinged blog Sophie’s Floorboard to thank for introducing me to this record. Just when it seemed like the emo revival was withering away into indie rock territory, this comes out. It’s emo that is not afraid to be raw and ugly, but also cathartic and catchy. 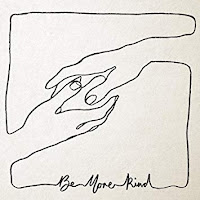 Frank Turner, Be More Kind (Spotify)
Normally I would not recommend a record with a big dud or two, but I make an exception for Frank Turner’s closest attempt at a pop record. Feel free and skip “Make America Great Again,” but enjoy the rest, which is a collection of bouncy songs that are meant to make you feel good and be rest assured that are better days ahead. 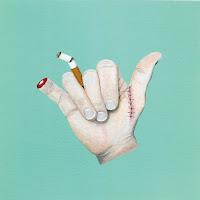 Tiny Moving Parts, Swell (Spotify)
Tiny Moving Parts’ third proper album, Celebrate, remains my favorite of theirs, but this year’s Swell should not be missed, either. One of their finest songs yet, “Caution,” is on here. They’re one of the few emo revival bands that haven’t broken up, and I hope they don’t for a long time. 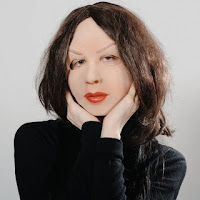 Nothing, Dance on the Blacktop (Spotify)
I had begun to lose interest in this shoegaze revival band with their previous effort, Tired of Tomorrow. But Dance on the Blacktop brought me back to them. It’s like a lost Slowdive/Teenage Fanclub side project I didn’t know I wanted, but glad I found. 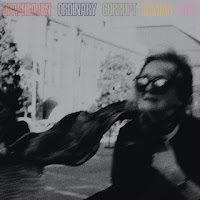 Deafheaven, Ordinary Corrupt Human Love (Spotify)
By now, I should have given up on Deafheaven. A black metal-tinged band that likes to show their love of Slowdive, Godspeed You Black Emperor, and Oasis had to have run out of ideas by now, right? Wrong. This is a really strong effort, one that features ballads as well as sonic fireballs. 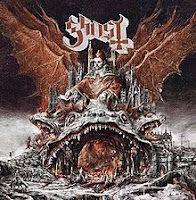 Ghost, Prequelle (Spotify)
While I don’t think Ghost’s latest is their best work per se, but this ode to ’80s Top 40 rock is quite good. People can wonder why in the hell they thought a saxophone solo was a good idea, as well as a song that sounds like Loverboy, but I dig it. The outro to “Rats” is one of the best riffs I’ve heard this year.