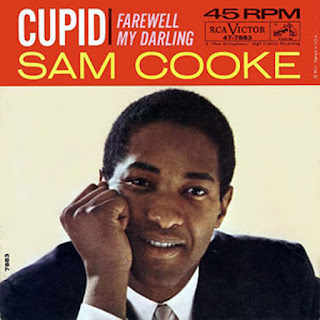 Late one night during my vacation in Nashville, I saw an article in my Facebook newsfeed from Vanity Fair with the headline, "Tinder and the Dawn of the 'Dating Apocalypse.'" I read through it and thought, Is this really what I encounter these days as a single guy, hoping to date someone again? Since I'm not on Tinder, the answer was no.

I found the article to ring true about a few people I know who are a little younger than me. I have yet to see in my dating life where hook-up culture clashed with my hopes of meaningful conversations and monogamy. But the article did make me do a mental inventory of where I'm at now.

Since my previous relationship ended last summer, I have been on exactly one date. I don't wear that as a badge of honor or an albatross. Simply, it's the reality that has happened. I've needed time to grieve over a lot of matters that happened last year. My hope has been to work on myself, trying to clean my side of the street to the best of my ability. That way, someone new can walk down it without fear stepping into garbage, vomit, and/or poop.

Still, there are blockades to getting down to a thorough cleaning. I'm not one of those people that can immediately bounce back into another relationship when one ends. I know many people who can do that, but I accept I'm not like them. I'm not better or worse; I take things at a different pace.

What hampers my ability to open up to new people comes from obsessive thinking and awkwardness when I am around people I don't know. I'm always thinking too much about this or that, usually some bad experience that I use as an excuse to not try something again. Previous failures have erroneously made me think I should never try something like them ever again. The whole, "What can I do to make sure this never happens again?" served as apt excuse for so many years, unfortunately.

My twenties were filled with a lot of parties and concerts, meeting many people I still keep in touch with. I didn't really date anyone, but the topic of dating somebody was on my mind all the time. I don't long for those days to come back, as I am much happier in my mid-30s with the occasional party and even more concerts than before. The thing is, I appear to be a social person when I'm with people I know, but when I'm unaccompanied, I'm detached and awkward. If I'm at a show, I'm very focused on watching the bands, rather than getting drinks and trying to make new connections.

Miraculously, I have been in a couple of extremely meaningful relationships in the past five years. One relationship came out of suggestion by a mutual friend. The other came from being on OKCupid for a few months. Neither relationship was a wasted experience as I learned a lot about relationships in general. Some were great lessons; others were painful lessons.

I had resisted online dating for years, as people can easily fall in love with the idea of a person rather than the realities of that person. Somehow, through the clutter of the New to Town, Lived Here All My Life, Single Mom Looking for a Strong Christian Man, World Traveler With No Plans to Settle Down, and other stereotypes, I found success with someone. But after many months of being on the site again, I have to admit I strongly agree with the flaws of online dating in this article on Cracked.com. Now, it's like I maintain my profile as if it's a beacon signal, hoping I could find someone special -- and that person finds me special, too.

A very helpful way of dealing with the person I really am came from reading an article on the type of people I go for, based on my Myers-Brigg personality type. As an ENFJ (extraversion, intuition, feeling, judgment), writer April Lee seemed to know me all too well. In regards to the personality type I'm usually attracted to: "The one who gives you half as much as you give them," she wrote. "The one who you really really really like, but doesn’t necessarily like you as much back. You believe in hard work when it comes to relationships, and you’re determined to prove that you’re faithful and trustworthy."

As for the person I should aim for, I agree with what Lee suggested: "The one who tries. Someone who acknowledges that passion is important, but understands that effort is what truly keeps people together. Someone who initiates as often as you do, and is willing to share every part of their life with you."

Now that I've laid all of this stuff out, I think about ways I can improve my situation. I know I don't want to be single for the rest of my life, but I don't want to be with someone who makes me miserable, either. No one person is without weaknesses or flaws, and not everyone is sane for every hour of every day of the year. As my parents have told me time and time again, it's about finding somebody that you can balance your life with, and vice-versa.

It's been very easy to stick to this idea for many months: don't turn down an opportunity to meet new people. I've been extremely fortunate to get involved with a variety of circles thanks to my continued involvement in the local music scene, as well as people who love the radio station, The Ticket. Facebook and Twitter have done wonders on that front.

Still, it hasn't been easy to find someone I could be romantically compatible with. There have been some near-misses, as well as a few potentials that ended in disaster. Those don't make me want to throw in the towel. But I won't lie, sometimes I start to believe bullshit like, "Women only care about how much money you make" and "You'll die alone and miserable unless you step out of your comfort zone." Those don't help me pave new trails, but there are times when I give those ideas a lot of time in my mind.

I don't consider myself a failure on this aspect of life. Some things take time, longer than most people I know. Everyone I'm close to is either married, in a relationship, or getting over someone. I'm surrounded by good people, some who are in kinds of relationships I'd like to be. Others, well, represent kinds of relationships I hope to never be in. The hook-up culture has not destroyed their hopes of a lasting marriage or commitment. They've let life take its course and have not been afraid to stay with the right people.

So, that's where I'm at on this topic. It's an ongoing thing, as I still maintain this attitude: we all want to love and be loved. The harder one fights off that notion, the harder life is. It's vital to accept a two-way street relationship, and to never stop wanting to be in one.