Reach Out and Touch Someone 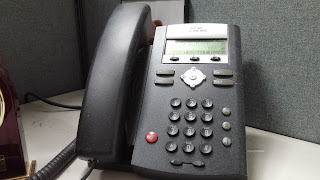 Recently I had a long phone conversation with a friend of mine. Though we are not very close (we’ve had four in-person conversations so far), we ended up talking for almost an hour. I had originally contacted him for an article I worked on about his uncle, but then we talked about a variety of things about his band, their new album, and his recent move to California. That portion was not for the article; it was simply catching up on things in our respective lives.

When I got off the phone, I thought, Wow, it’s great to have an actual phone conversation with someone.

The following night, I got a call from a friend I helped out with his radio show a couple of years ago. Hadn’t talked to him in months, and it was good to hear from him. He invited Hope and me for a get-together, but we couldn’t come because of work schedules. But we kept talking and chatted about what all we have been up to since late last year.

Once again, I was reminded of what I can get out of a phone conversation that I can’t through a text or a social media post.

It’s not like I don’t talk to people on the phone in my everyday life. I talk to Hope on the phone when a private message will not suffice. I talk to my boss when there’s a work matter that needs to be addressed. And I answer an information line in my office as part of my job.

Yet when it comes to talking to friends and family, social media seems to be the replacement for a phone conversation. Granted, you can tell a lot of people what you’re up through a post on Facebook, a tweet, or an Instagram pic. Still, there’s a lot of stuff that has no business being on social media that is way more fulfilling to talk about on the phone or in person. Hearing a person’s voice goes much further than you might think.

As much as I’d like to talk to people more, I’m still held back by the concept that everyone is busy and doesn’t have time for chit-chat on the phone. A few pictures of a vacation posted online suffices for how someone is doing, how the trip was, and what else this person has been up to. Talking on the phone about that stuff would be redundant, apparently.

What’s weird about sharing tidbits of your life, especially on Facebook, is the fear of sharing too much or being too vague. A new parent’s lengthy, daily posts about a baby’s sleeping habits can be a whipping. Someone’s constantly cryptic posts that could be about a work matter, relationship issue, or a family problem: all too vague, seemingly out there for attention.

The stuff I talked about with these recent phone conversations is not really pertinent for a social media post. Not all of my Facebook friends or Twitter followers need to know what we talked about, as they were not meant to be broadcasted to a large amount of people.

What’s even more bizarre is that my parents, some of the biggest holdouts on social media, have slowly progressed into seeing what my posts show rather than picking up the phone. When things get misunderstood in the translation, then it’s time I call them.

I love what social media can do for bringing people together. But it’s no substitute for real friendship or understanding. I like to hear from people, especially if it’s not to plug something they’re promoting or selling. It’s really nice to just hear the words, “Hi! How are you doing?”